May is Melanoma Awareness Month

May 1, 2015 · Skin Cancer · Comments Off on May is Melanoma Awareness Month

It’s no wonder some have called skin cancer an epidemic.  It is now the world’s most common cancer.  In fact, in 2014 the surgeon general issued a “call to action” report identifying skin cancer as “a serious public health concern.”  The report noted that each year in the U.S., 5 million people are treated for skin cancer.  While melanoma is less common than other skin cancers it is far more dangerous when not found early.

Melanoma can be caused by sun exposure, skin type, the number of moles on your body and genetics.  Check out the Melanoma Risk Assessment Tool.  It guides you through a list of questions about your skin, age and your geographic location and then it calculates your estimated risk of developing invasive melanoma. 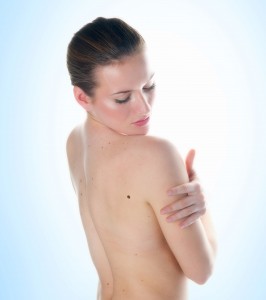